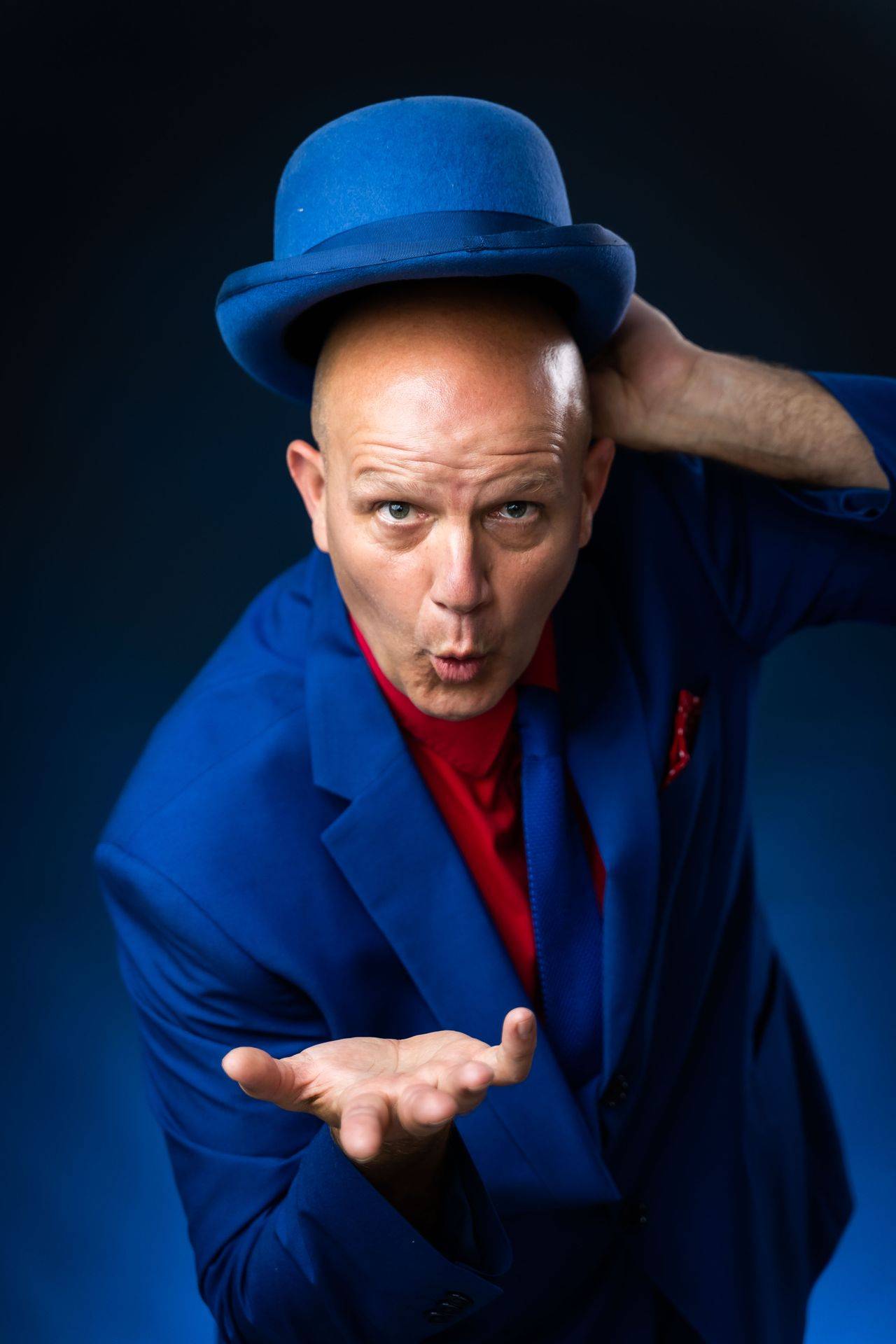 Over the past 25 years Guy has worked with some of the greatest modern performers of juggling, magic, mime, acrobatics and comedy, who instructed him both formally and informally in their various disciplines. He has taken the best of these disciplines and transformed them with his individual style of performance into a unique and entertaining one man extravaganza.

Early on in his career he was the juggling act in a traditional English touring circus followed by a stint in a cabaret show bar, along with exotic dancers and a snake (quite an eye-opener for an impressionable young man)! He has performed his act on the stages of grand theatres and the back rooms of smoky pubs. He has been one act among many in numerous variety shows and filled many a room all by himself.

Born in Marietta, Georgia to British parents Guy's first steps into performing were on the streets of Paris, France in the spring of 1987, juggling three balls and banging on a bongo drum. Fortunately he got better!

He continued street performing, adding gigs at village fetes, and playing the Jester at Littlecote House, Berkshire, his first professional engagement.  In 1989/90 he attended "Fooltime" (later Circomedia) in Bristol, UK, one of only two European Circus schools, was promptly recruited by Blackpool Pleasure Beach to juggle, rope walk, unicycle and stiltwalk, and was contracted out to theme parks in Sweden and Germany. In 1995, Guy began a seven year stint performing on the cobbles of Covent Garden Market with brief excursions to the Edinburgh Fringe Festival and the Adelaide Fringe Festival.C

Guy moved to the United States in January, 2002 and worked as a "Sunset Celebrity" for the Hilton Resort and Marina in Key West, Florida, performing throughout the year until June 2010 when he relocated to Vermont, where he performed at ski resorts.  In 2012, Guy auditioned and began performing for the Faneuil Hall Marketplace street entertainment program in Boston, MA.  That is where, in August 2013, Penn Jillette dropped $10,000 into Guy's hat making him the highest tipped street entertainer of all time. The show was filmed by the Travel Channel and was aired as the TV show "Street Cred" throughout 2014/15.

Guy continues to perform at State, County, Street, Renaissance and Art festivals as well as at Theme Parks, on Cruise ships and at Hotels and Resorts all around the globe.